If think it is safe to say that as human beings we know very little about our world or the people who run it. It’s not our fault as all the social conditioning had started many 100s of years ago and we were all born directly into the system.

Being born into the system means that everything that we should have been questioning was normal to us. There is a long list of laws put in place that leaves us enslaved/imprisoned.

As we are all born to a Star sign, the earth also moves through star signs giving it an astrological age. unlike our star signs the world moves through the star signs backwards. Meaning we are coming out of The age of Pieces and entering the age of Aquarius. these transitions into a new age happen roughly every 2150 years. The exact amount of years is not known.

Interestingly: The time before Jesus is Known as the Age of Aries, this is known to be a time of War, which within in the bible there is a lot of wars and spiritual wars. The age of Aries is the age of the Ram. Jesus was sacrificed as he was the lamb of god. Many believe This was the end of the age of Aries, and the beginning of the age of Pieces which symbol I the Fish, as is the symbol of Jesus. His final meal was a fish and Jesus was very associated with water as Pieces is a water sign.

It is not known the exact moment that the shift takes place but i think we can all safely say that 2020 is the ending of an old and beginning of a new world.

So for the past 2000 odd years we have been in the age of Pieces. The age of religion, secret societies, money, control and the ego, these are just a few of the age of pieces traits

Over the past 2 millenniums religion has played a prominent role, People have sought out to find paths to the creator, whilst others have had to face discrimination and war based on their religions. its also symbolic to point out that when a person is baptised water is used (the element of Pieces).  As we move into the age of Aquarius a lot of people consider themselves to be spiritualist rather then a religion and they make a connection with the higher self through meditating. And what is the number 1 key to meditating? Breathing! Air the element of Aquarius.

“Behold, when ye are entered into the city, there shall a man meet you bearing a pitcher of water… follow him into the house where he entereth in… Luke 22:10

The above quote is known as the passover and is believed that the bible was referring to the the shift from the age of Pieces into the age of Aquarius. A man bearing (carrying) water – The symbol of Aqaurius (see below) Aquarius is the Water bearer. coming to pour the water (truth) over the people. 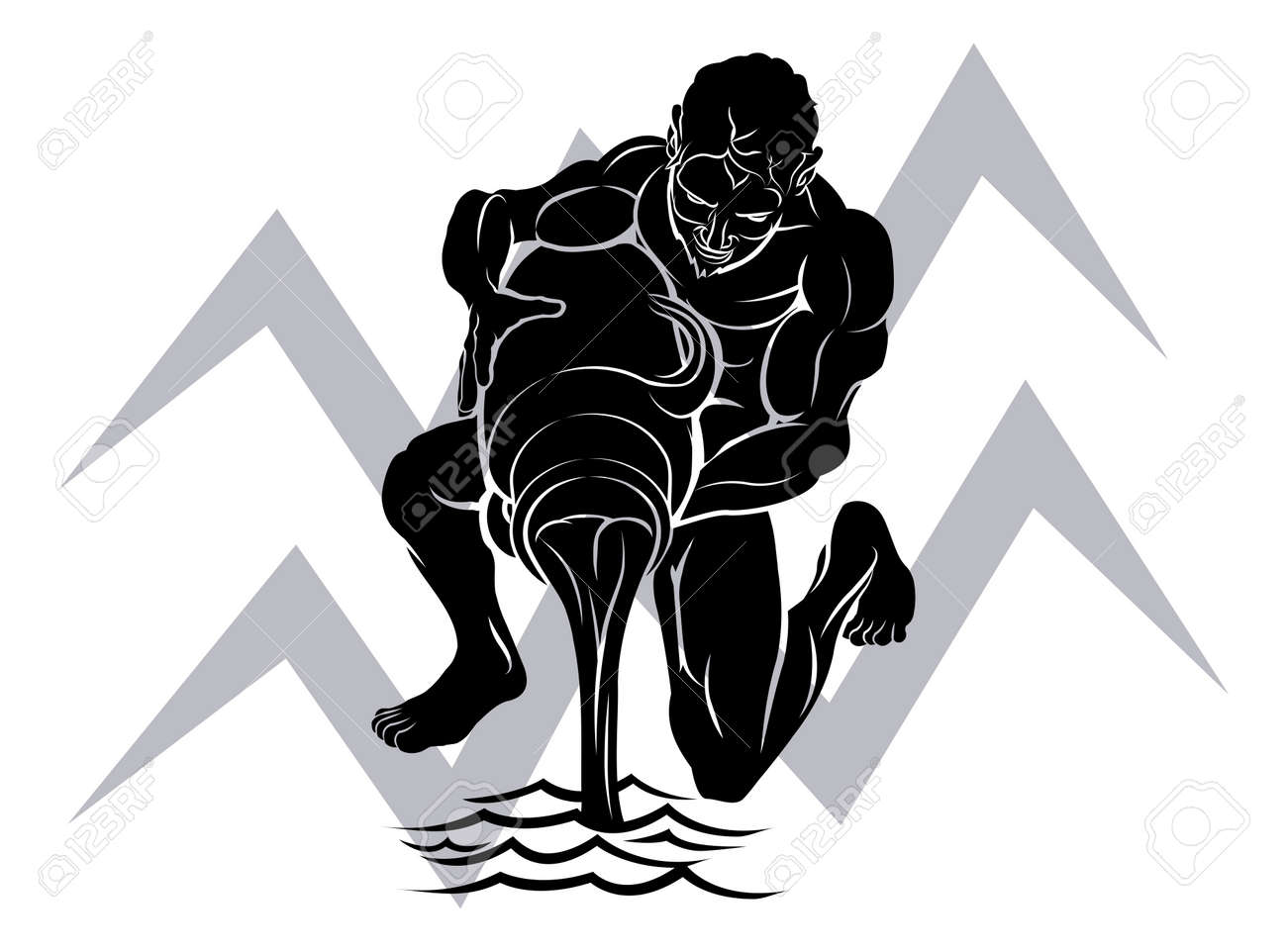 This is what is happening the great awakening, the drastic lockdown of 2020 was enough to put things into place. It gave us time to reflect, be grateful, lose the ego. The changes happening across countries should set the tone of whats to come going into the future. And although currently it feels like the government have a lot of control and are taking us into a New World Order. Have hope that their true colours will be revealed to the nations as all the truth unravels. The Second half of the year will be interesting!

People believe that the Age of Aquarius started in 2012 I used to also think this as I felt a change, but I think it was a transition period. On December 21st 2020 Jupiter the planet of good luck, money and growth will be in Aquarius and will conjunct with Saturn House of Aquarius, This great conjunction is that start of a new beginning, The age of Aquarius. Taking us into an air energy signs. Meaning advanced technology, intellectual social change and new concepts that reshape our entire political and economic system.

WELCOME TO THE AGE OF AQUARIUS