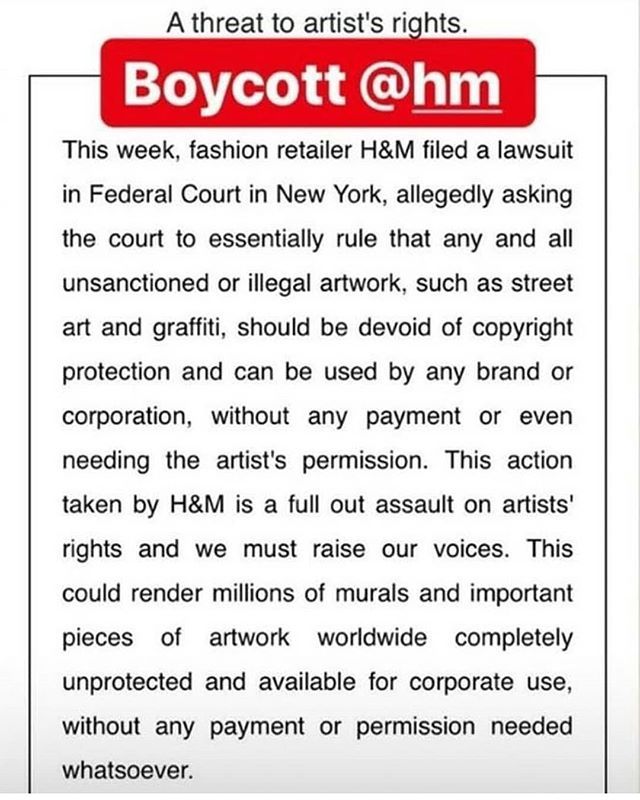 H&M I tried not to take the ‘Monkey’ T-Shirt too seriously. But gosh…I mean WTF?!

The artist has filed a cease and desist letter to H&M on the grounds that the fashion giant’s ‘unauthorized use of his (Willaims) original artwork, and the manner in which it is using the work, is damaging and is likely to cause consumers familiar with his work to believe there is a relationship between the parties’.

H&M then replied with a long cocky response that in short claims that the artwork that is criminal conduct has no copyright rights! But they didn’t stop there. They filed a lawsuit!

Which they have later withdrew due to the outrage received on social media! I believe it’s safe to say

THE DAMAGE IS ALREADY DONE

I personally have been trying to purchase more independently in an urge to stop giving my money to corporate giants.

I liked H&M. But they have shown a lack of respect to artist no matter what the platform. It was good enough to use in a campaign but not good enough to support. So for that H&M you make it easy for me to add you to my list of corporate giants to avoid!