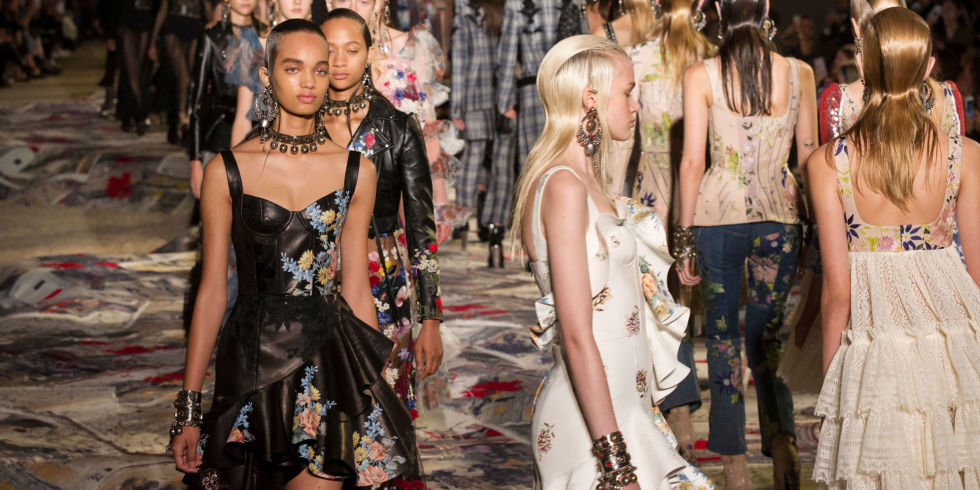 Its hard to pin point the initial inspiration behind Alexander McQueen’s SS 2017 collection. It tells its own tale!

There are patchwork knits, skirts with trousers, gypsy style thrills and floral embellishment. However throughout there is a gothic element with each style. 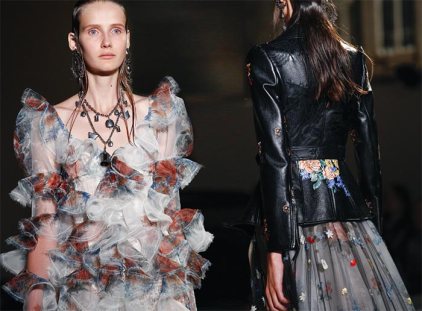 The collection was like a dark fantasy. There were bondage inspired pieces and a endless amount of beautiful embellishments.

Although i wasn’t able to pinpoint the exact theme current designer Sarah Burton knew where she was going taking inspiration from her hometown of Scotland. whilst applying her imagination. For me everything about this collection was pure artistry!!

The collection was filmed in a basic building with Scottish style carpet covering the runway. Basic but raw!! it allowed the collection to do all the speaking without over or under doing it. the location was spot on for me.

As said before there was a dark fantasy feel to this collection it kind of reminded me of an old medieval story that had been brought to life. There was tailoring used, embellishments and patchwork a lot of little details went in to this collection making it exquisite.

Colours were dark and mysterious. The Hair was slicked back whilst the dark gothic like accessories dominated. Strong boots were used throughout, all different heights and look. Highland springs to mind.

Towards the end of the show was sheer beauty! pun intended! Where the real craftsmanship can be seen. 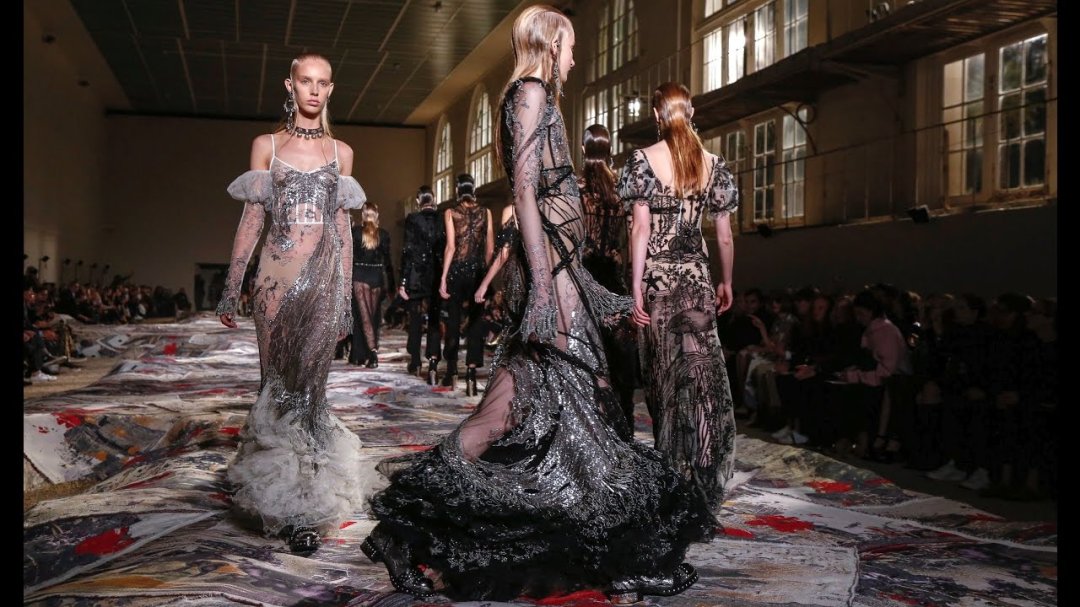 The collection was just everything i expected from Alexander McQueen, although the main man himself was my favourite designer its still so sad that he is no longer here. RIP. However i think he would have been happy with this collection. It has pushed the imagination that little bit further, which is why I loved Alexander McQueen in the first place. Thank you Sarah Barton!